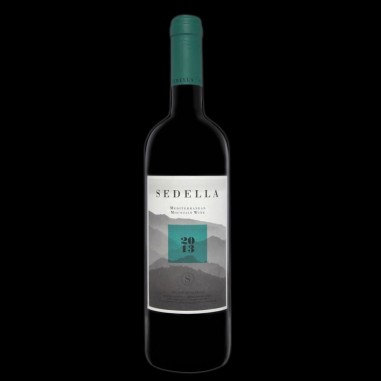 This product is no longer in stock

It has a beautiful deep blue colour, very complex, elegant, smooth, with a pleasant taste, with aromas reminiscent of the environment, with notes of iodine, salt and Mediterranean mountain.

Sedella is a red wine, made from the Romé and Garnacha grape varieties. This wine is an organic wine and it is also a wine from Malaga.

Robert Parker awarded him 93 points in his prestigious guide, and also cataloged this Malaga wine from the Axarquía region as the best red wine in Andalusia thanks to its so complex, elegant, soft and pleasant taste, with aromas reminiscent of the surroundings, With iodine, saline and Mediterranean notes.

It is a high-level praise as there is no other Andalusian red that has received an equal or higher score in the magazine "The Wine Advocate" directed by the American critic.

This red wine from the Romé and Garnacha grape varieties of aged vines aged between 16 and 20 months in new French oak barrels, and as Parker himself says, the grapes come from one hectare of vines planted in 1940, the Which ferment with indigenous yeasts in stainless steel, and from where they are deposited in the barrels for aging.

You can tell this while serving:  A curious fact is that in Sedella wines silver coins are used inside the barrels as a natural and bactericidal antiseptic, something that her winemaker Lauren Rosillo read it in a book and put it into practice through this experiment and to verify that it worked, allows you to work without sulfur until bottling and avoid other problems.

Wine belonging to Bodegas Marcelino Serrano, located at the foot of the town of Alcalá La Real in Jaén, within the Sierra Sur de Jaén Protected Geographical Indication.

Margarito y Amapolo is a spanish wine from Cádiz, and more specifically from a family estate of 3,000 square meters located 500 meters from the monastery of La Cartuja de Jerez.

The origin of this red wine is the Tempranillo, Cabernet Sauvignon and Syrah grapes. Those are characterized by its precise and very elaborate elaboration to extract the best of the vineyards located in the highlands of Sierra Nevada, producing a wine of intense layer and precious maroon colour with orange shades, very clean and smooth.

It is the second wine of the winery and it already existed when the current owners took over the winery. As with their first wine, Muñana Rojo, most of the production would be sold in bulk for other countries to bottle as their own.

Third wine of Muñana Wineries, very special and original because of the variety of grape used: 100% Petit Verdot. The reason for making this wine is because the climate of the highlands of Sierra Nevada is especially good for the maturity of this variety, which usually has a long cycle.

Muñana Rojo is the first wine of the winery, created by the first owners with the varieties existing at that time in the estate (Tempranillo, Cabernet Sauvignon and Monastrell) that they bottled in small quantities to sell most of the production in bulk to other countries, which they then bottled and sold as their own. This was in 1980. 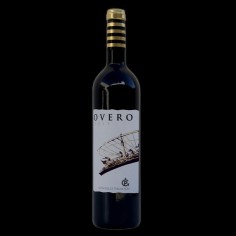 Overo is an aged red wine. Its geographical location places it in a unique enclave, on a hill in front of the Guadalquivir marshes.

Produced and housed in the Caballo cellar, located in the town of Cortes y Graena, in the northern slope of the Sierra Nevada and surrounded by the cliffs of the so-called bad-lands typical of the Hoya de Guadix (Granada), place in the Which uses the same grapes and with the same proportion: Tempranillo (65%) and Syrah (35%), for the production of this... 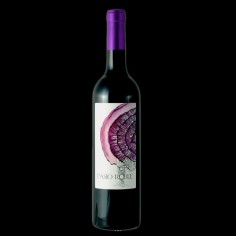 So the name of this wine is "Pasio" that in Esperanto means Passion, international language developed to create a common and neutral means of communication, that unite all the languages in one. 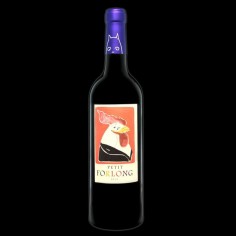 The main objective in mind of this project was to create a short, fresh, more daily wine, to complete the winery's trio of red wines (Assamblage, Tintitlla and Petit Forlong). 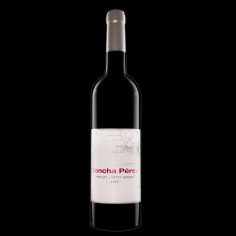 Bodegas Sancha Pérez is the project of a Sevillian businessman who loves Cadiz. Ramón is an industrial engineer who, with the experience that the years have given him, has decided to make his life's dream come true, to create an exciting project, a "world of experiences" interacting with nature, respecting it in every way and participating in the natural... 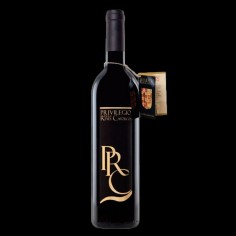 "Privilegio de los Reyes Católicos" is a wine belonging to Bodegas Marcelino Serrano, located at the foot of the town of Alcalá La Real, head of the Sierra Sur region of Jaén and which has a Protected Geographical Indication Sierra Sur de Jaén. 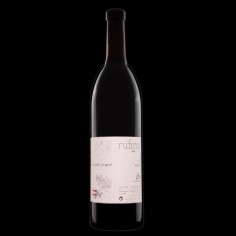 Rufina is a red wine from the Sierra de Málaga, made from 100% Syrah. This wine is a signature wine, and it is an organic wine. 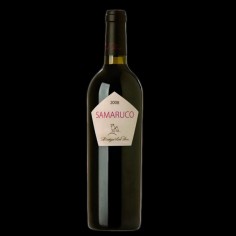 Within this production it is necessary to differentiate that in each variety the care is of a different form under integral cultivation: that is to say, it is realized with minimum doses of fertilization and phytosanitary treatments, being close to the ecological viticulture. The productions of 6613 – 7713 pounds, are controlled by thinning clusters. 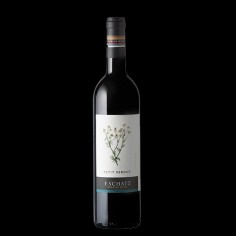 This sophisticated wine represents with neatness what they offer the 3 hectares of the winery to the vine. It is characterized by a mature, fine and elegant wine, where aromas of ash and rich contrasts of fruit and spices emerge. It is a wine that must grow in the bottle because it has a good tannicity and acidity level. It is, in short, a wine to enjoy... 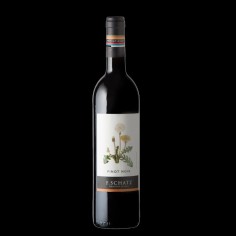 A very peculiar vintage, where the aromas of wild red fruits and the mineral prominence typical of biodynamic viticulture (based on the cosmos and nature) have given way to a vintage where the fruit appears more hermetic. 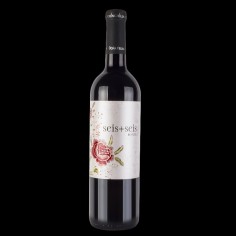 The wine Seis+Seis (Six+Six) is a red wine made from the Tempranillo and Syrah grape varieties. This wine from Malaga is an Organic wine. 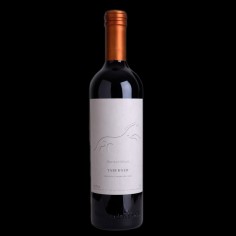 The Taberner wine is a red wine, made from 100% Syrah grapes and aged in French oak barrels for 18 months. It is a wine from Cadiz. 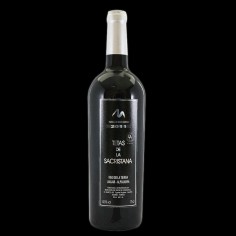 Tetas de la Sacristana is a red wine made from three different varieties of grapes, Merlot, Tempranillo and Cabernet Sauvignon. It is a wine from Almeria. 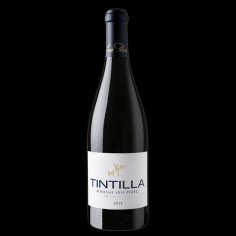 Tintilla Luis Pérez is a red wine, which is made, as its name suggests, from 100% Tintilla de Rota grapes. It is a wine from Cadiz. 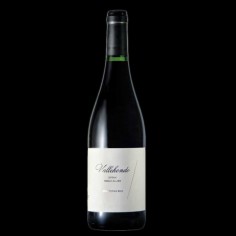 The ValleHondo wine is a red wine, whose Denomination of Origin is Condado de Huelva. This wine from Huelva is made with the Syrah grape. 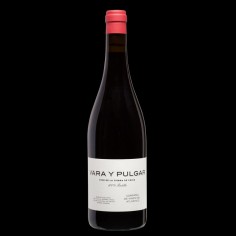 Vara y Pulgar is a red wine, which is made from the Tintilla de Rota grape variety. This wine from Cadiz is an organic wine. It has recently earned a place among the 20 best wines in the world, according to the critic Eric Asimov in the New York Times. 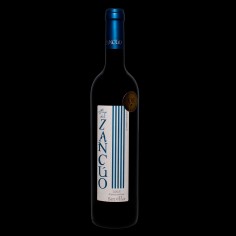 Let’s know now the first red wine produced by the cellar called La Margarita, It is a red wine made in Constantina, a locality of Seville, naturally from the Tempranillo and Syrah grape varieties.

After the success of Delirio Joven, a red wine for young people and not initiated in the world of wine, consumers begin to ask for a "White Delirio", fresher and to drink daily, cold. 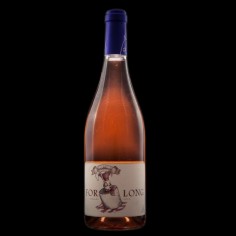 Forlong Rosé is made from Cabernet Sauvignon grapes. This rosé wine is a wine from Cadiz, an organic wine. It has a sweet tooth. 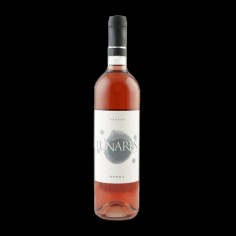 This is a very special rosé wine, with an intense, striking and bright dark pink colour, the result of a 12-hour nocturnal maceration. 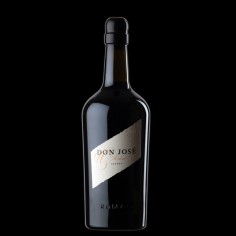 Oloroso is a wine made from palomino grapes. The special structure that it demonstrates at an initial tasting destines it for oxidative ageing. For this reason alcohol is added to 17°, thus preventing the development of the veil of flor and allowing the wine to age while exposed to oxygen. The result is a wine both structured and complex. 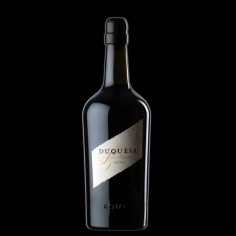 Pedro Ximénez is obtained from the overly ripe grapes of the same name which are dried in the sun to obtain a must with an exceptionally high concentration of sugar. Its ageing process, which is exclusively oxidative, gives the wine a progressive aromatic concentration and greater complexity, whilst fully preserving the characteristic freshness of the... 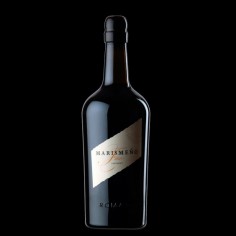 Fino is a dry white wine made from palomino grapes, which, as is the case with Manzanilla, is aged under a layer of yeasts which make up the veil of flor. It is stored and aged in American oak butts using the traditional solera y criaderas system in the bodegas of Jerez de la Frontera and El Puerto de Santa María.