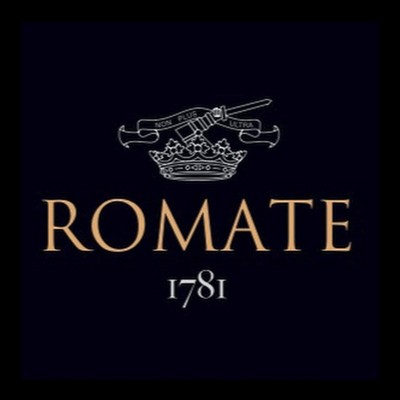 In 1887 the owners of the Sánchez Romate wineries began to make a different and unique brandy for private consumption. Its quality soon drives a growing fame and the winery decides to market it under the name of Cardenal Mendoza.

Cardenal Mendoza Clásico is an exceptional Brandy de Jerez, aged an average of 15 years in boots previously wrapped with Oloroso and Pedro Ximénez. Round, clean, elegant and vinous aroma. With its size, exceptional quality and a correct average aging of fifteen years are guaranteed in the case of Cardenal Mendoza Classic Brandy.

In 1887, the Sánchez Romate family began to make brandy for private consumption. Its quality soon drives a growing fame and the winery decides to market it under the name of Cardenal Mendoza. The first Cardinal Mendoza to whom our brandy refers was D. Pedro González de Mendoza (1423-1495), a central historical figure in 15th century Spain. As an advisor to the Catholic Monarchs, he had the complete confidence of Queen Elizabeth, decisively intervening in support of the first voyage of Christopher Columbus and playing a decisive role in the unification of Spain.

Cardenal Mendoza Clásico, is a Solera Gran Reserva brandy made from a selection of the best holandas de alquitaras, which are aged using the traditional soleras and criaderas system. The set of Cardenal Mendoza boots, previously wrapped in oloroso and pedro ximénez, is one of the largest soleras and criaderas systems in Jerez de la Frontera dedicated to the aging of a Solera Gran Reserva brandy. With its size, it is guaranteed an exceptional quality and a correct average aging of fifteen years.

Light, transparent, dark mahogany. Round, clean, elegant and vinous aroma. Balanced and persistent in the mouth, without edges, very hot. With personality, harmony of nuances and deep memories of raisins and plums.

There are many varieties of chocolate that combine perfectly with a glass of Cardenal Mendoza. It will depend on whether you want to complement the sweetness of the brandy or enhance its toasted walnut and oak tones.

We recommend a chocolate with more than 60% cocoa.

Tap to zoom
You need to login or create account

Save products on your wishlist to buy them later or share with your friends.

We use our own and third party cookies to improve our services and show you advertising related to your preferences by analyzing your browsing habits. If you continue to browse, we believe you accept their use. You can change the settings or obtain more information here.